Steve Adams came late to the trail. Indeed, he had never hiked before he set out on the Appalachian Trail at the age of 61. Several falls, blunders, and embarrassments later–six months later, in fact–he was screaming at the top of his voice, precariously perched on the famous brown sign, at Katahdin, Maine. His epic last two states are shown in the video at the bottom of this page. 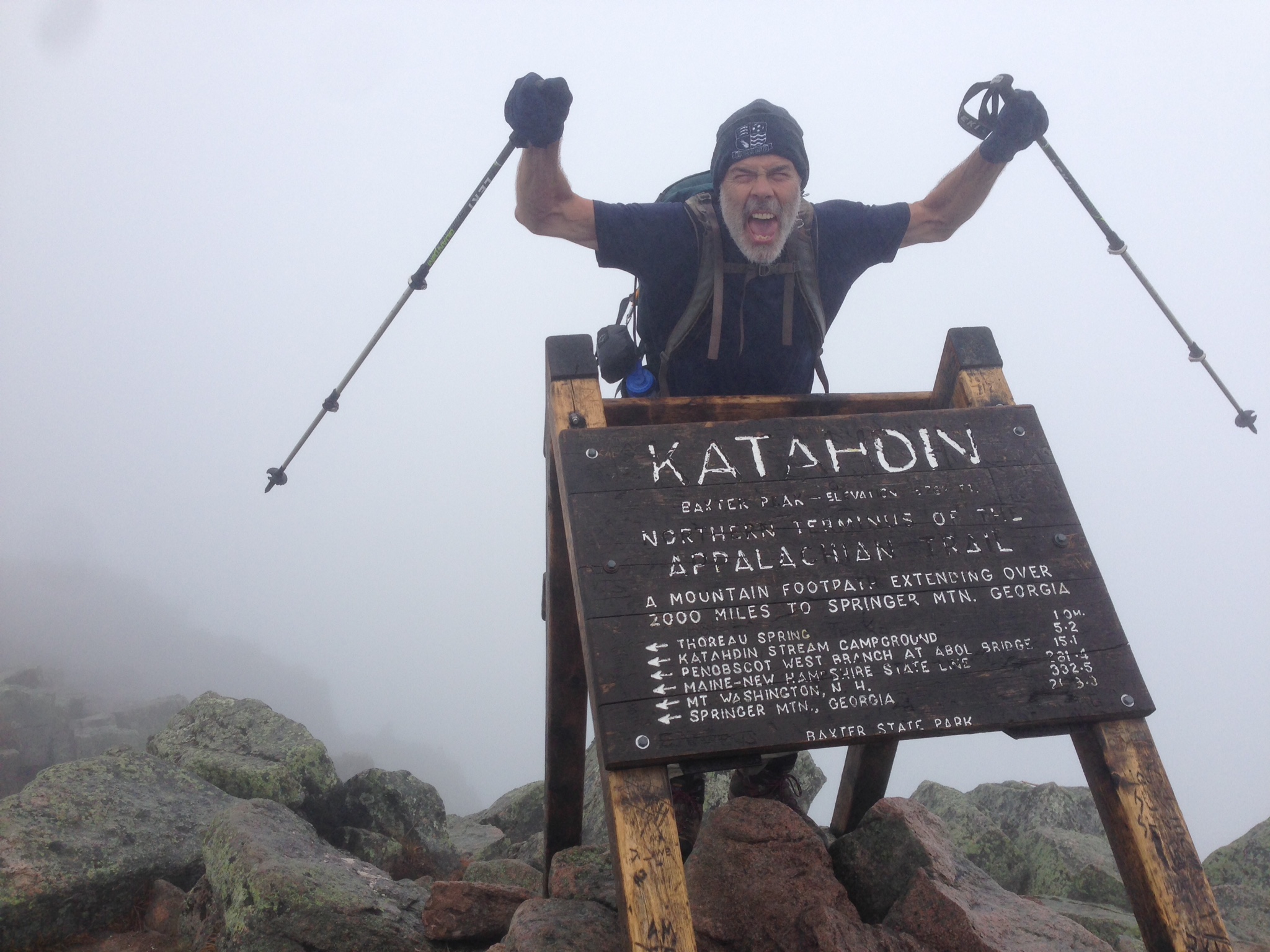 Believing this hike to be his “one and done,” he returned home and started writing about his experiences. It took him 100,000 words to get part of the way through Virginia, then over 200,000 before he even reached Maine. Eventually, he topped out at more than a quarter of a million words, many of which needed to be ditched to achieve a modicum of brevity. Even then, splitting his book into two volumes made the project more manageable. The book sold well and he wrote a third book as a short primer for hiking the Appalachian Trail. You can check these out below.

My Appalachian Trial I: Three Weddings and a Sabbatical 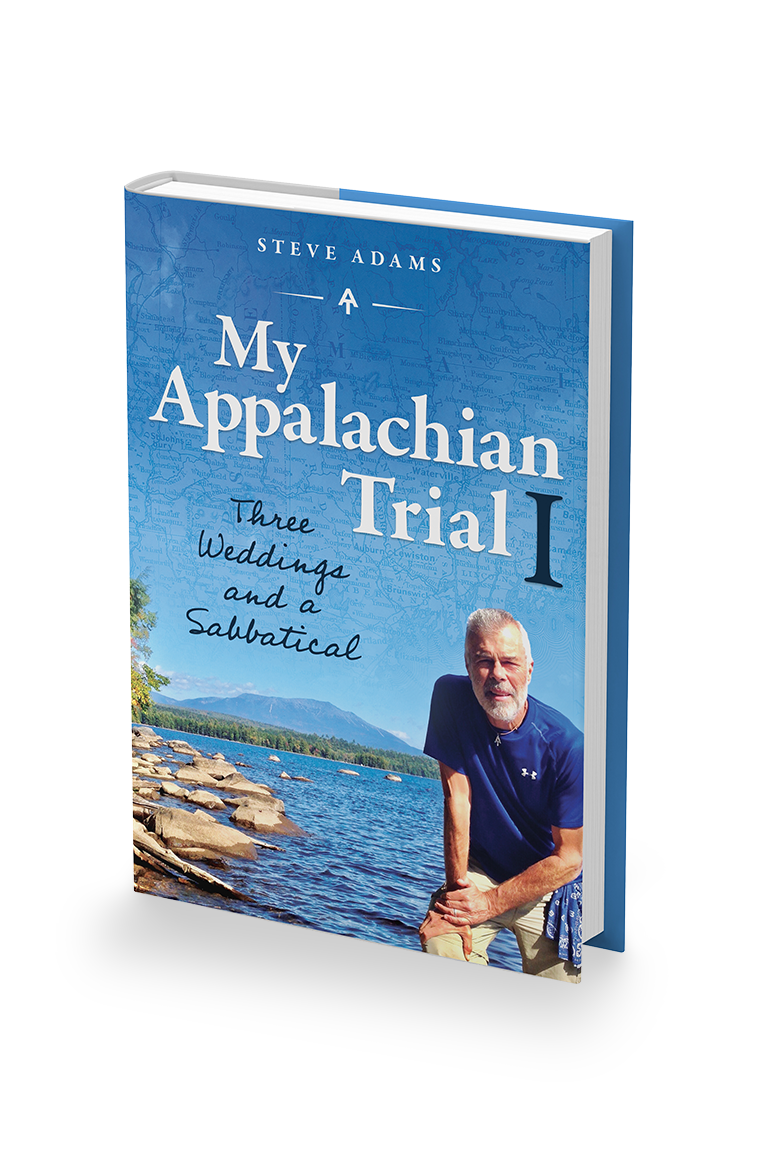 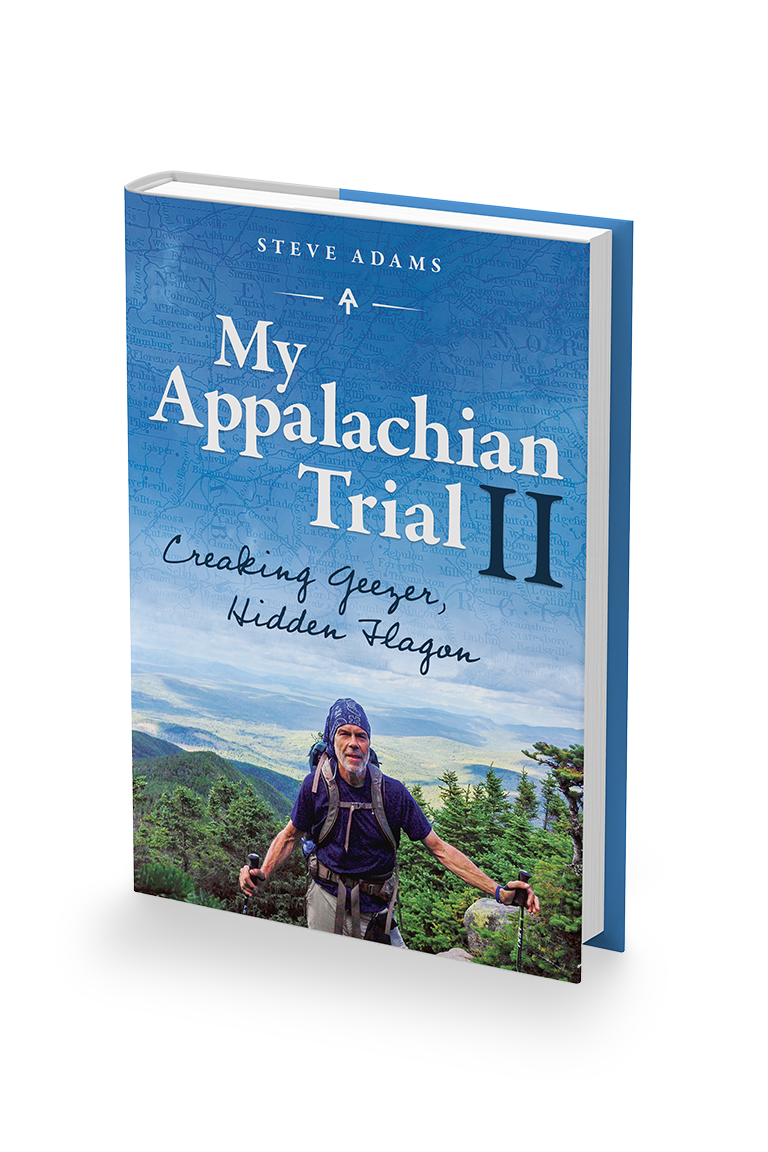 Hiking the Appalachian Trail is Easy: Especially if You’ve Never Hiked Before 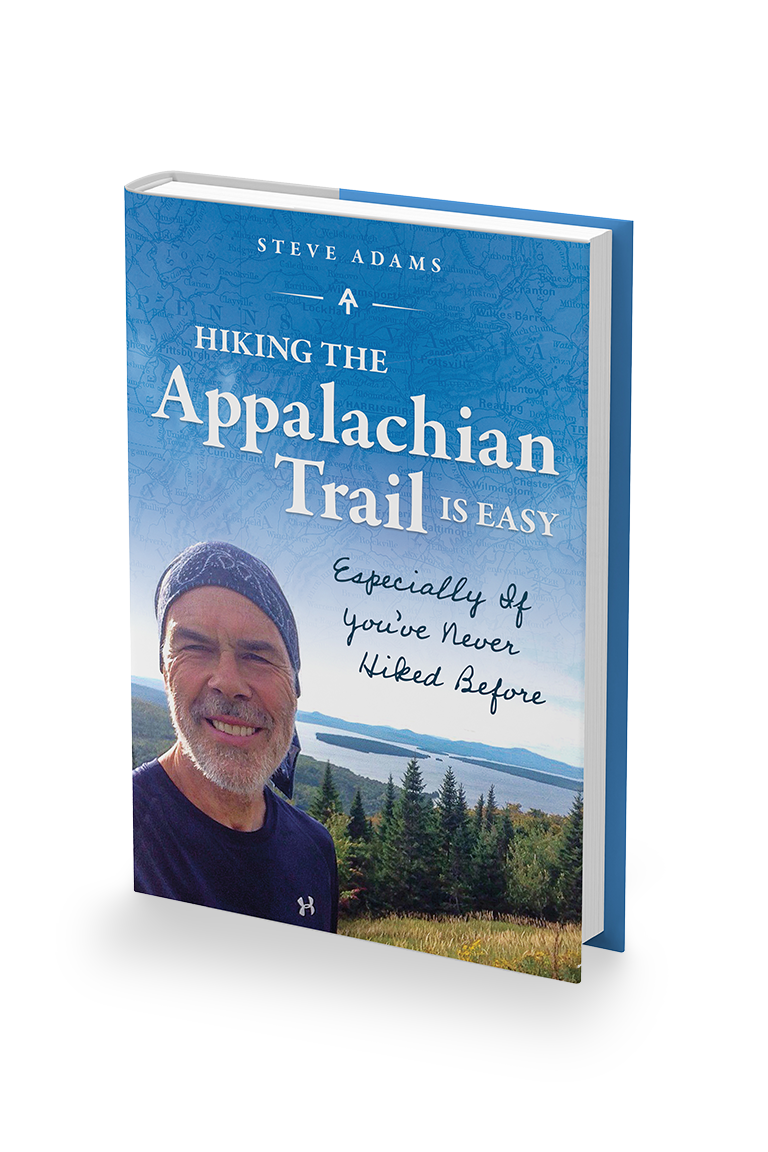 Somebody suggested that his English accent may well make the audio versions appealing, so Steve headed for a local library that was equipped with a new sound studio. While there, his focus shifted dramatically as the studio was frequented by a group of podcasters, all of whom encouraged him to start his own podcast.

By learning his craft along the way, Steve grew the show, never missed a deadline, and now has over 1.5m downloads to his credit.

Included within these downloads is a series of shows that Steve did in 2018, when he hiked the Camino De Santiago in Spain with his niece, and in 2019, when he took on the Appalachian Trail for a second successful thru-hike. 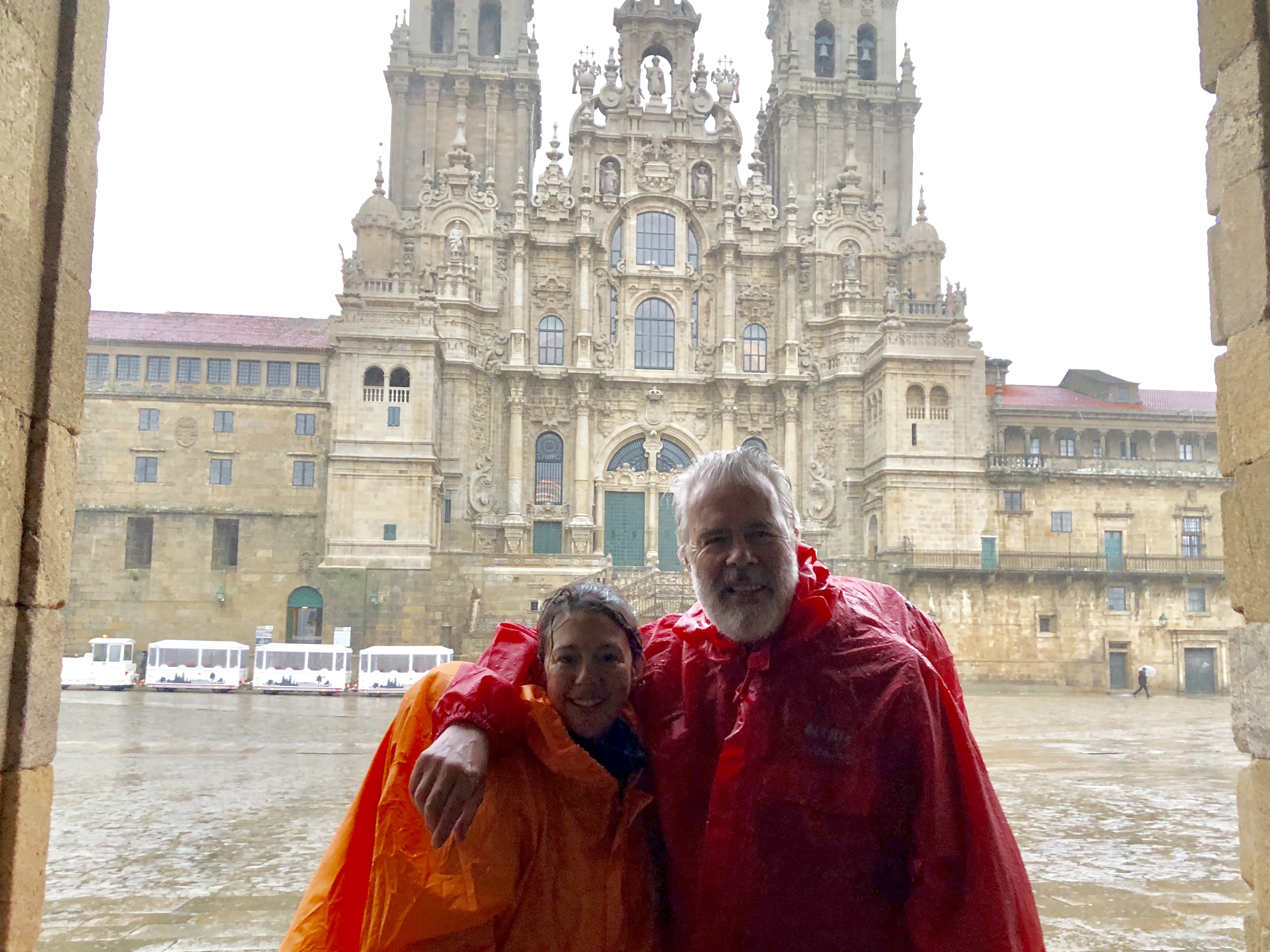 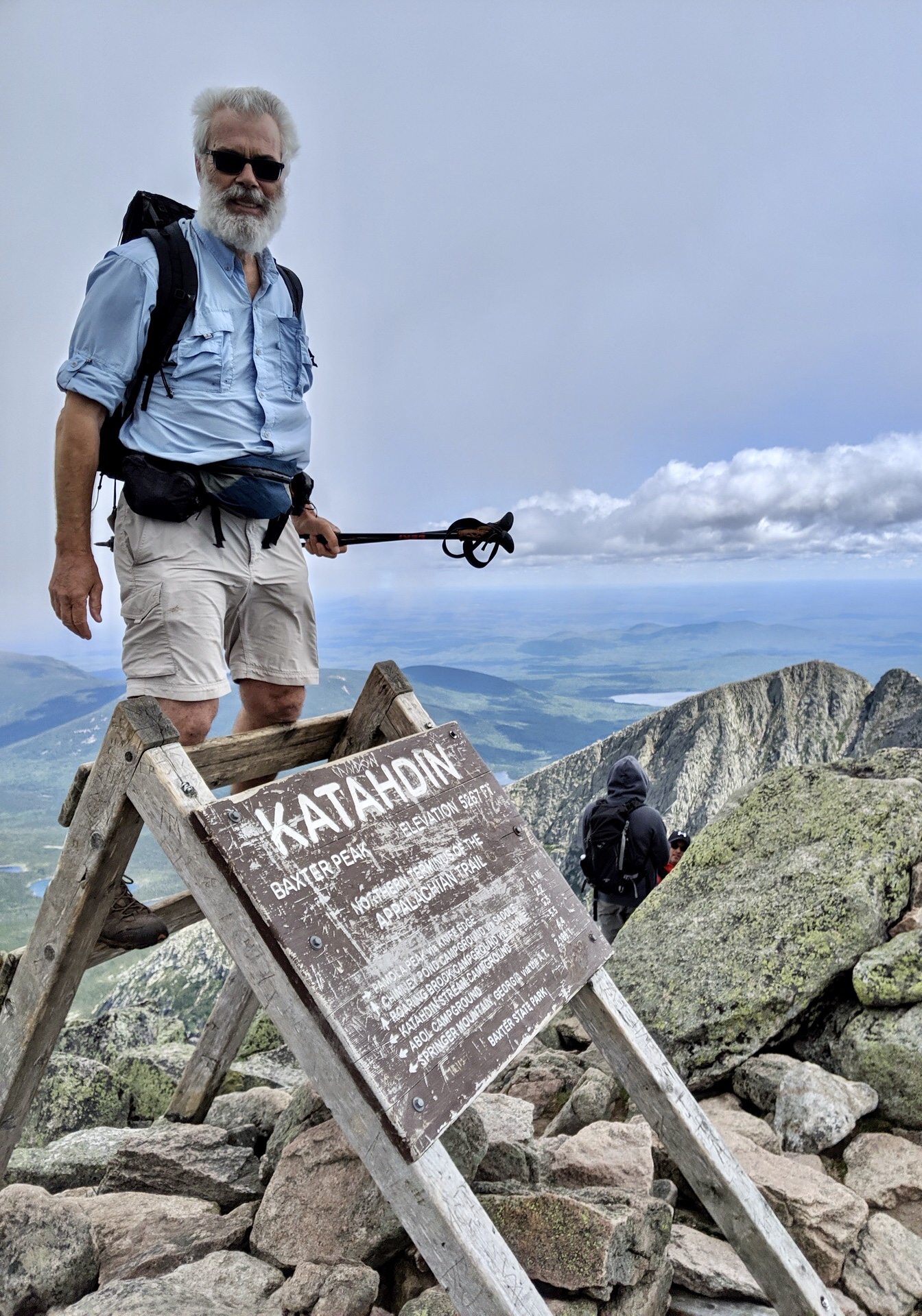 Starting and editing other podcasts grew a network. Now, Steve is offering more fledgling podcasters the chance to join his network. If you’d like to learn more, drop Steve a line at Steve@hikingradionetwork.com or click on the contact page on this site. You’ll be glad that you did. 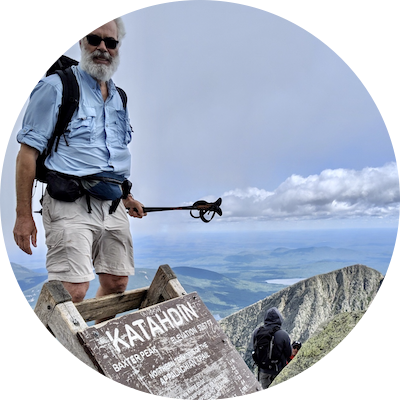 I'm Steve Adams, or Mighty Blue, and I'm the MOST unlikely hiker you could imagine. I spent more than 40 years in the insurance business, in London, Bermuda, New York, and Florida. I sold my insurance business in 2013 to prepare an Appalachian Trail thru-hike, something I'd had at the #1 spot on my Bucket List for years. To my great surprise–and the shock of many of my friends–I did it, summitting Katahdin just over six months after I'd set out.
Eventually, after plenty of stopping and starting, I managed to complete my AT book(s) and started this podcast. More than five years in, we've published nearly 300 episodes of the podcast.
In 2018, my niece and I completed the Camino de Santiago in Spain, then in 2019 I went on my second successful AT thru-hike.