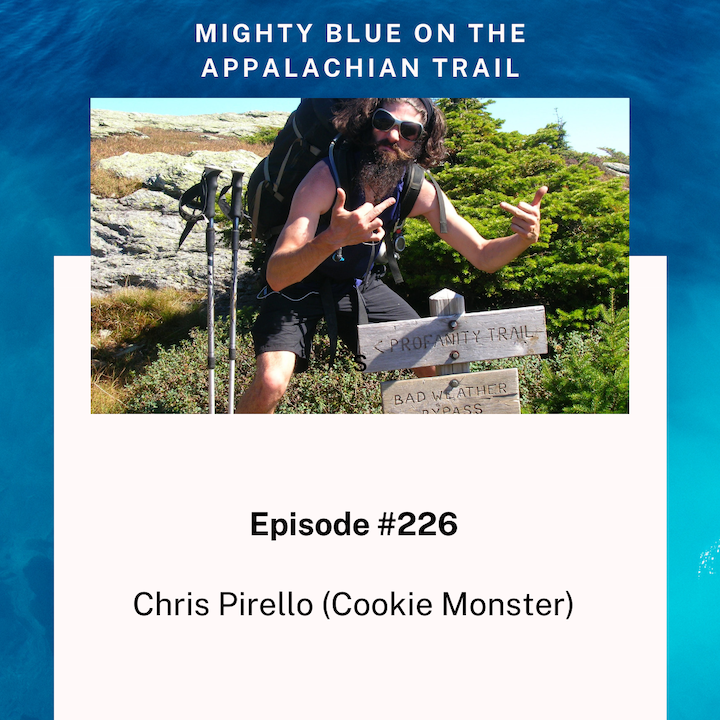 Taking time to smell the coffee

We've got a really well-traveled guest on the show today. Chris Pirrello has led a somewhat nomadic lifestyle, with a fourteen-month trip around the world at the start of the 21st Century, followed by years of hiking most of the long trails of America, including the Triple Crown. He even took a job in Antarctica to chalk up his sixth continent. He is a self-confessed foodie and loves excellent coffee, so it seems almost inevitable that he has ended up as the owner of Triple Crown Coffee, a company with a mission to give back to the three trails that make up the Triple Crown. Indeed, each roast is named after one of the trails. If you want to learn more about Chris and his coffee, go to https://triplecrowncoffee.com/ With Kate now home, we're following Bounce Da Hiker. This week, Bounce has been putting in some very long days and had to take a double zero when his body told him he needed a rest.

Grandma Gatewood's fame, which had been growing while she was on the trail, gets even greater, as she appears alongside Groucho Marx on TV.

If you like what we're doing on the Hiking Radio Network, please consider supporting us with either a one-off or monthly donation. The donate button is on the Mighty Blue podcast page at https://mightyblueontheat.com/the-podcast/

Any support is gratefully received.